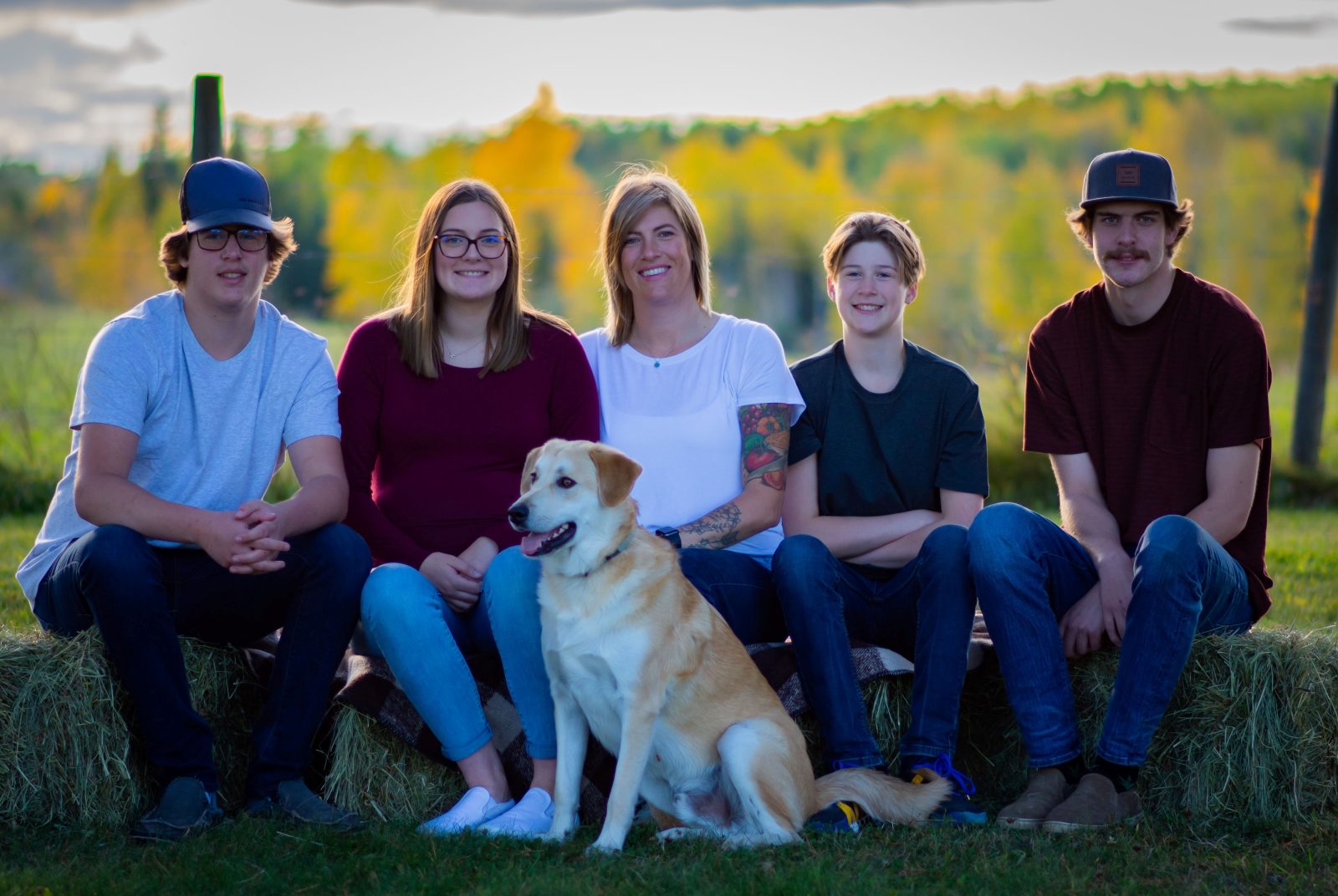 Amy’s home ownership journey started as she spoke to a Habitat Edmonton representative on the phone as she was cleaning a fire engine at the fire hall in Edson, Alberta, where she lives with two of her four children (the two oldest have moved out on their own). Apart from her full time job, Amy is a stalwart volunteer fire fighter who is constantly working hard to make her community stronger and more vibrant. She has had her fair share of disappointments, but she is resilient – a defining characteristic of many parents who partner with Habitat for Humanity.

August 2020 was a special month for Amy and her children. Amy signed her mortgage with Habitat for Humanity, which gave her and children a solid footing for the future. Prior to Habitat, Amy was renting a house that was making her children sick, and she was seeking a way out of a bad housing situation. That is when she heard about an affordable home ownership program that would help her find a home, financial stability, and a new path forward.

After attending a homeowner information session about the ins-and-outs of the Habitat program, Amy applied. She saw the Habitat program as an opportunity to progress financially and to set her children in a healthy living arrangement.

When she received the news that they were accepted into the program, Amy got to work on her 500 volunteer hours: she managed a sports team for children, helped at the Bargain Boutique, and continued to volunteer at the fire station. When she finished her hours, Amy decided to continue volunteering and is now an ambassador for Habitat in her community.

“I am a community-minded person and I wanted to give back,” said Amy. “To the next person thinking that the Habitat program is something that they can’t do; that they wouldn’t be selected, I say apply! You can do it! It can be you and it will make a world of difference to you and your children.”